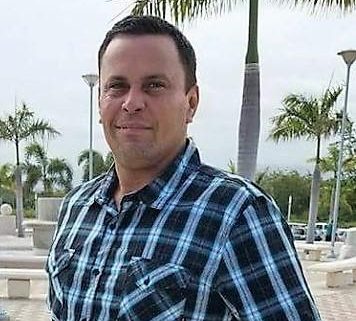 Hello, and welcome to the September 2017 edition of the Association of Farmworker Opportunity Programs newsletter “Washington Newsline.”

I first want to congratulate the AFOP members and their staffs for attending the AFOP national conference this month in Las Vegas, Nevada.  This year’s conference program is chock full of important information and effectiveness-enhancing trainings that will allow AFOP’s high-flying members and staffs to continue to deliver one of the, if not the, best job-training programs at the United States Department of Labor: the National Farmworker Jobs Program.  Through their NFJP work, they changes lives for the better, help our local communities become stronger, and deliver on the nation’s commitment to our farmworkers.  My hat’s off to all of you!

Despite NFJP grantees’ year-upon-year excellent performances, the new administration recommended in its fiscal year 2018 budget proposal in May no funding for the program.  Recognizing the continuing success of and need for NFJP, appropriators in the House, struggling with a very tight allocation, were able to fund the program in their bill at $72 million, an 11-percent cut from the recently enacted current level of $82 million.  At that time, House Labor-HHS-Education Chairman Tom Cole (R-Oklahoma) said he hoped he would have additional resources later this year to increase investments in worthy programs, like NFJP.  Happily, Senate appropriators improved upon the House number, increasing it in their legislation to $82 million in level funding.

Attention now turns to eventual House-Senate negotiations that will resolve the differences between each chamber’s spending measures.  With the September 30 fiscal year-end quickly approaching, Congress recently passed a continuing resolution to keep the federal government funded at current levels starting October 1.  That resolution – or “CR” – will last until the middle of December.  At that time, negotiators will either need to strike a deal over fiscal year 2018 spending, or move another CR of some unknown length.  In this period, with luck, Congress will agree to a separate deal to raise the budget caps, making it easier for lawmakers to provide quality programs, like NFJP, the funding levels they deserve.

In closing, AFOP wants to extend its best wishes to all who are suffering from the damage wrought by the recent hurricanes.  AFOP is working closely with the Labor Department’s Employment Training Administration to coordinate any potential emergency relief for farmworkers.  While early indications are that things on the ground may not be as bad as initially feared, we will continue our partnership with ETA officials to ensure the necessary and proper level of response.

After a late start caused by the delayed completion of the fiscal year 2017 spending process, congressional appropriators have begun moving fiscal year 2018 funding bills, including the Labor-HHS-Education measure that covers the National Farmworker Jobs Program (NFJP).  The House version of the bill would cut NFJP by roughly $10 million to $72 million from the fiscal year 2017 level-funded amount of $82 million.  Approved by subcommittee, the measure awaits full Appropriations Committee consideration.  The Senate has not yet released its fiscal year 2018 legislation.  The president earlier this year recommended to Congress that it terminate NFJP entirely.

Looking at the big picture, the House recently passed a fiscal year 2018 “minibus” appropriations measure that includes $658 billion for national defense, though the topline exceeds the spending cap set by the 2011 Budget Control Act by $72 billion.The bill would fund the Defense Department’s base budget at $584 billion and its Overseas Contingency Operations account at $74 billion. The base budget funding is $68 billion above what was enacted in fiscal year 2017 and $18 billion more than what the Trump Administration sought for fiscal year 2018.

The Senate Appropriations Committee announced recently, however, that it is writing a defense spending bill that, unlike the House version, adheres to the BCA in the hopes of hashing out a bipartisan deal to raise the caps.  Such an agreement, like past agreements, could provide much-needed cap relief for non-defense discretionary program funding.  Should that occur, NFJP will be in a much stronger position to win the appropriations it needs to continue providing the nation’s struggling agricultural workers the hand up they need to help themselves going forward. 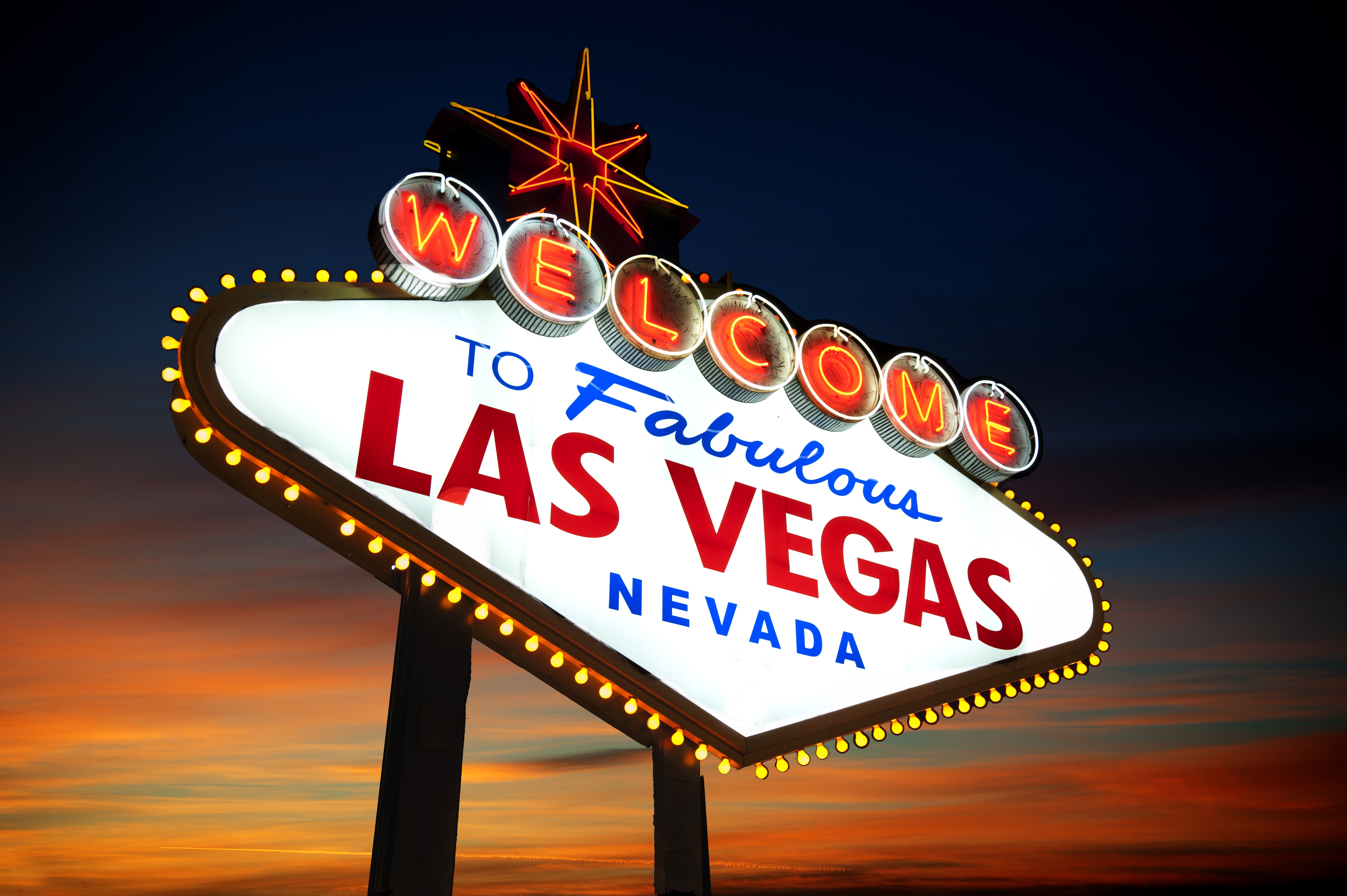 Welcome to budget season in Washington, D.C., when the projections for economic growth are rosy and inflation assumptions are flat.

This week it is President Donald J. Trump’s turn to recommend to Congress a spending and revenue plan that stresses his administration’s fiscal priorities.  In doing so, he will communicate to the American people his vision for our nation’s future.  Sadly, migrant and seasonal farmworker advancement will have no part in that future.

Before digging into the president’s fiscal year 2018 budget proposal, I would like to revisit our old friend Fiscal Year 2017.  On May 5, 2017, a full seven months after the target date for enactment, the president signed into law the Consolidated Appropriations Act of 2017 as Public Law 115-31, bringing the unnecessarily delayed fiscal year 2017 appropriations process to an end.  I say “unnecessarily delayed” because the final spending measure could have easily been passed late last year, but the new administration requested the process be put on hold.  I am very happy to report that Congress level funded the National Farmworker Jobs Program (NFJP) for fiscal year 2017, making clear its support for the program at current spending levels.  Those funds will become available to NFJP grantees July 1, 2017 and run through June 30, 2018.  Congratulations to all NFJP farmworker-training organizations for their unwavering commitment to serving migrant and seasonal farmworkers and families, and for their continued outstanding successes in doing so.

Turning to fiscal year 2018 spending, President Trump sent to Congress today a budget plan that recommends deep cuts in non-defense discretionary spending to offset a massive increase in defense and homeland security funding.  As a part of that plan, he would reduce Labor Department funding significantly, including the zeroing out of the NFJP line item.  This is an unfortunate development, but not wholly unexpected given the administration’s recent efforts to eliminate NFJP funding in fiscal year 2017.

As you would expect, the anti-poverty community is vociferously opposed to the president’s plan.  According to the Coalition on Human Needs:

The Trump Budget is … the most draconian budget in modern history.  In so many ways, this budget breaks promises and deceives about its true impact.  It disinvests in America.  The basic living standards that everyone needs – enough food, health care, and housing – are shredded, not strengthened. The budget would massively transfer money that should be invested in all our people to a handful of millionaires and profitable corporations, through multi-trillions in tax cuts that would average $50,000 each for millionaires. (Read full statement here.)

In addition, the Center on Budget and Policy Priorities (CBPP) has blasted the president’s recommendations, calling them a path to a new Gilded Age, a term derived from Mark Twain’s novel The Gilded Age: A Tale of Today, which satirized an era of serious social problems masked by a thin gold gilding of the very wealthiest. As CBPP puts it:

President Trump’s new budget should lay to rest any belief that he’s looking out for the millions of people the economy has left behind.  He proposes steep cuts in basic health, nutrition, and other important assistance for tens of millions of struggling, low- and modest-income Americans, even as he calls for extremely large tax cuts for the nation’s wealthiest people and profitable corporations.
This disturbing budget would turn the United States into a coarser nation, making life harder for most of those struggling to get by but more luxurious for those at the very top.  Most Americans do not seek a new Gilded Age.  And the budget is sharply at odds with what the president told voters he would do during his campaign.  With this budget, the President betrays many voters who placed their trust in him.In fact, this stands as the most radical, Robin-Hood-in-reverse budget that any modern president has ever proposed. (Read full statement here.)

As an association, we have our work cut out for us.  Yes, members are diligent about educating decision-makers about the continuing importance of, need for, and tremendous success of the federal farmworker program.  And, yes, I have made sure that the administration and lawmakers have the necessary information about the program to preserve it going forward.  And, yes, we continue to engage every way we can to ensure this vital mission – giving farmworkers a hand-up, not a hand-out, to a more stable and family-sustaining career – continues.  That is our goal.  We will not flinch in pursuit of it.