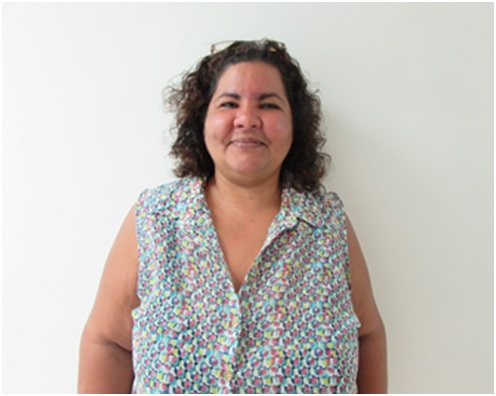 A Family Achieves Goals They Hardly Dared Hope for

Isaida is a resident of the municipality of Naranjito who came to our NFJP program after she was referred by her daughter.  She had been let go from a mango farm, for which she worked temporarily a few hours a week.

Isaida hadn’t heard of PathStone before, until her daughter, Jamilette, was enrolled as a dependent of her husband, a farmworker, into the National Farmworker Job Program. Jamilette explained to her mother that she managed to achieve her high school diploma through PathStone and that she would begin a college career in nursing with our guidance and support. Her daughter was the first generation in her family to attain such achievements. This motivated Isaida to visit us.

Her interest was focused on having a stable job in Puerto Rico, but she was aware that she needed a high school diploma to achieve it. This was something that seemed impossible to achieve after more than twenty years of dropping out of high school. She was immediately referred to Northern Research, where after a few months of hard work, she earned her high school diploma. She also took the Job Preparation course, better known as Job Readiness Service and PX2 and English as a Second Language (ESL) provided by PathStone. This led her to feel more self-confident when looking for a job, although she knew that it would be difficult because she did not have her own vehicle and had very limited access to her father’s car. Even so, she did not know that her patience and perseverance, along with her self-esteem, were going to be tested, since she tried multiple times to get a job, without any results, and was quickly becoming discouraged.

Faced with her reality, Isaida did not sit idly by.  Rather, on her own initiative and inspired by her daughter, she decided to begin studies leading to an associate degree in Culinary Arts at the Inter-American University of Barranquitas.  Although it was not easy to integrate into university life, the new experience was exciting and surreal to live with her daughter.

After about seven months of starting her studies, the unimaginable happened in March 2020; a pandemic of a virus called COVID-19 was infecting the world’s population. As a result, the government of Puerto Rico imposed a curfew and a lockdown for the entire population, which prevented people from leaving their houses. After a few months, while she continued her university studies online through her cell phone and with the barriers she faced, among them, the poor internet signal and the lack of access to a more appropriate device in which to complete her tasks, a maintenance employee position emerged at ABM Industries in her municipality. To her bliss, after being interviewed she was hired and today she enjoys a regular and stable job in which she works around 32 hours a week, earning $7.25 an hour and having as a minimum wage the amount of just over $ 12,000.00 dollars per year, which could translate to at least three thousand dollars more a year if she completes forty or more hours of work per week. This is in contrast to the $ 1,440.00 that she earned in her temporary job at the mango farm in Juana Díaz.

Although it is not easy to work full-time and try to complete a university degree, Isaida is willing to give it a try. She and her family are very grateful to PathStone, because with our support, it has been possible to achieve their goals. At PathStone we are honored to serve as a tool to achieve these goals and proud that this family has been able to achieve them.