National Farmworker Awareness Week (NFAW) is a week of action for communities and its members to bring attention to farmworker issues in our own communities. As well as to shed light on and bring honor to the important contributions farmworkers makes to our daily live.

Thank you for all your donations!

Why not! If you eat, you are part of agriculture. Together we can make a difference in the lives of the humble farmworker community that works under extreme condition so we can enjoy the food we eat every day.

Here is how you can join our National Long-Sleeve Shirt Drive! WHAT IS FARMWORKER AWARENESS WEEK?

National Farmworker Awareness Week (NFAW)  is a week of action for communities to bring attention to the multiple challenges farmworkers face, as well as to shed light on and bring honor to the important contributions farmworkers make to our daily lives.  We celebrate this week because:

As part of AFOP’s Health & Safety Programs national effort to bring awareness to the work and lives of farmworkers in the United States, every year we sponsor a long-sleeved shirt drive throughout the United States.   Many of AFOP’s member organizations and other groups, organizations, and universities have joined our effort to raise awareness about the dangers farmworkers face working with pesticides and under the sun by participating in the National Long-Sleeved Shirt Drive.

We celebrate National Farmworker Awareness Week (NFAW) during the week of March 24 – March 31, 2019.

Farmworkers face long hours of arduous work exposed to dangerous pesticides and heat stress. Each year, an estimated 1 billion  pounds of pesticides are applied to U.S. farms, forests, lawns, and golf courses.  Pesticide applicators, farmers, farmworkers, and communities near farms are often most at risk for pesticide exposure and heat-related illnesses. We will provide farmworkers with the long-sleeve shirts collected free of charge as a tool to better protect themselves against the dangers of pesticide exposure and heat stress.

Why do you think the Long Sleeve Shirt Drive is important?
“It involves other community members in an activity meant to assist the migrant/seasonal farmworker population.  It makes the greater community think about the value of the tasks that this population provides. It assists the migrant & seasonal workers with a necessary safety garment.  It reinforces to the migrant and seasonal community that others care for them”

What was your experience?
“It’s only been positive.  It’s a great activity that almost anyone can do – and it’s certainly fun to give the shirts away. We wash, fold and add other materials (AFOP Health & Safety fliers and Fair Housing) to each shirt as we place them in a clean zip-lock bag for distribution.” 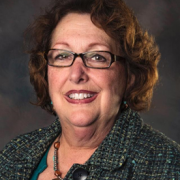 “The Long Sleeve Shirt Drive is important for at least a couple of reasons. This is a way to protect the farmworker and raise awareness in community partners about the dangers of seasonal agricultural work. There are many other industries (such as manufacturing, education and business) that may work with chemicals and have a further understanding of the agricultural industry work environment. Many professionals working in these industries have enjoyed hearing about the plights of the farmworker and is very interested in finding ways to make the Long Sleeve Shirt Drive successful. The experience is always a rush of anticipation and enthusiasm, while having the fulfillment of knowing that each long sleeve shirt helped to protect a farmworker that season.” 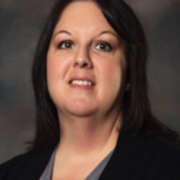 Why do you think the Long Sleeve Shirt Drive is important?
“It has been important for Puerto Rico because we have been able to create awareness about the risks farm workers may have if they use the wrong clothing while working in the fields. ”

How does this event impact the farm worker community and the general community in your area?
“While requesting long sleeve shirts we explain to the person or entity the purpose of the donation. For the most part the person providing the donation will ask for additional information and at times involve other people in their community. ”

What was your experience?
“The experience of educating our farm workers is always rewarding because they appreciate the effort. They also create awareness and spread the word to other farm workers in their area. They appreciate the shirts that we give them because they go through a lot of clothing during the season and sometimes the clothing is not suitable for the task they are assigned. ” 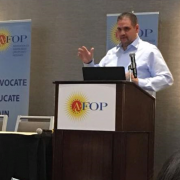 Why do you think the Long Sleeve Shirt Drive is important?
“The drive is important because we are able to supply farmworkers with the necessary items to stay safe and protected during the season.”

How does this event impact the farm worker community and the general community in your area?
“The community view us as a resource for not only training and employment but for safety training and protection items.”

What was your experience?
“It was a great experience and we   able to provide workers with more than enough shirts. It also gave staff another opportunity to work together on a different task.”

Why do you think the Long Sleeve Shirt Drive is important?
“From my experience many people do not realize what farm workers actually do.  Giving the farm workers, the shirts is great and can be life-saving I think the most rewarding part come from collecting the shirts and talking to people about who migrant farm workers are and how they contribute to our country, state, and local economy.”

How does this event impact the farmworker community and the general community in your area?
“A lot of the workers that come to my area are H2A workers.  Since they arrive on buses they don’t have a lot of room to bring items (clothes) with them so they are always extremely grateful to receive the shirts. ”

What was your experience?
“Before I began work at Proteus 5.5 years ago I didn’t know what a migrant farm worker was.  It brings me such joy that I can facilitate something like this and not only help the farm worker but help communities understand the impact of these workers.  The long-sleeve shirt drive has really morphed and expanded in Hastings.  This year I am planning on including the #metoo movement into the week’s plans. ” 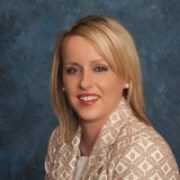 Why do you think the Long Sleeve Shirt Drive is important?
“We contribute in helping with protection against the sun, pesticides and cold weather while working on the fields.”

How does this event impact the farm worker community and the general community in your area?
“A lot of the migrant workers travel with the bare minimal and come with limited resources and distributing the long sleeve shirts helps the farmworkers. The community contributes to the donation and we make them aware of the importance in helping the farmworker community to have protection.”

What was your experience?
“Every time we give the training of Pesticide Safety and Heat Stress we create more awareness of the importance of personal protection.”

“I think the long sleeve drive is important because we can offer the shirts to the workers when we provide trainings. It also gives us the opportunity to interact with other organizations when asking for donations. I think it helps the community because they are aware about the importance of protection from the sun exposure. My experience has been that they are great full to have these shirts and some of them have mentioned that since it’s free and don’t have to spend money it helps them to have extra ones during the year.”

Why do you think the Long Sleeve Shirt Drive is important?
“Migrants have limited space when they are traveling to bring clothing, and especially if they’re new to field work, they may not realize the need to bring a long sleeve shirt. ”

How does this event impact the farmworker community and the general community in your area?
“It helps with good will.  We are asking them to stand usually for an hour and listen to us, so if we have something to give out, there is an immediate “pay back” to them. Also, this is good to spread the word to the community about where our food actually comes from.  People feel good about being able to help and give back.   We collect shirts form a high school Latino club, and young people especially like to help. ”

What was your experience?
“I like the long sleeve shirt drive. ” 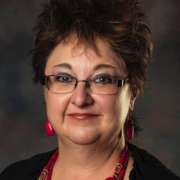 “The National Long-Sleeve Shirt Drive is very important because it helps our farm worker stay cover from the sun and protects them from pesticides. a lot of our workers don’t bring proper work attire to work in the fields, and their first check don’t cover for new outfits when they have to buy food and sent money back home. it keeps our community working together. It is an amazing experience seeing our farm workers face when we help them, and it shows how much we do care for their health and safety.”

The Long Sleeve Shirt Drive is a good event for a variety of reasons.

Obviously, it provides free work shirts to protect agricultural workers from pesticides and sun exposure.   It can be shaped as an effective outreach tool.  It builds community among quite a few public service organizations. It raises awareness of the danger of pesticide exposure. 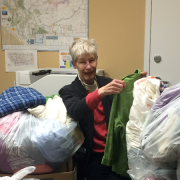 Skill or Task
Scroll to top