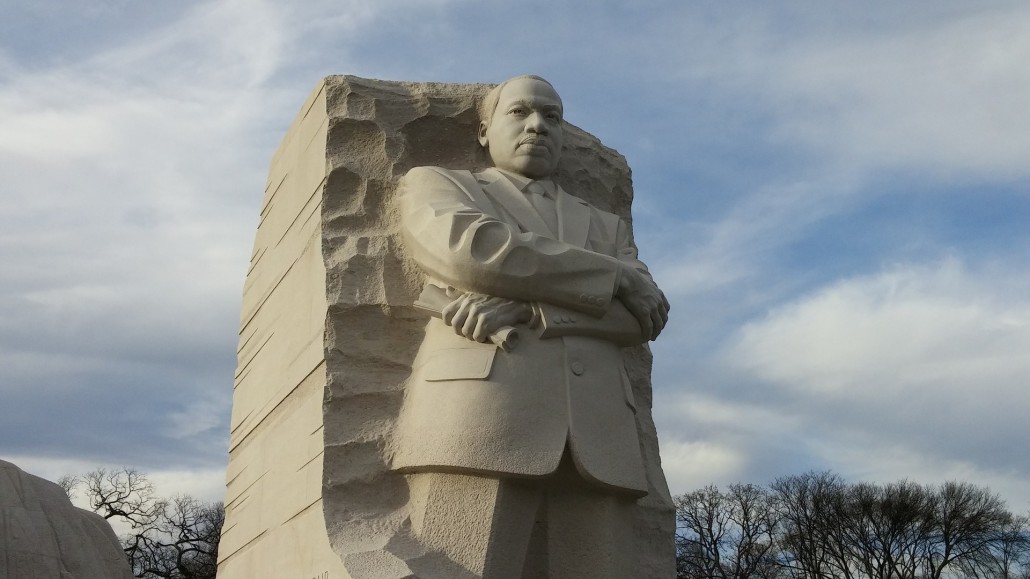 Washington, D.C. — Today the Association of Farmworker Opportunity Programs (AFOP) celebrates the life and legacy of the honorable Dr. Martin Luther King, Jr., a man who has inspired a countless number of people to fight for racial and economic equality, civil rights, and the basic human dignity we all deserve. Just a week after delivering his commanding speech “The Other America” and two weeks before his assassination, Dr. King delivered his “All Labor Has Dignity” speech in support of the Memphis sanitation workers’ strike:

“Do you know that most of the poor people in our country are working every day? And they are making wages so low that they cannot begin to function in the mainstream of the economic life of our nation…. With Selma and the voting rights bill, one era of our struggle came to a close and a new era came into being. Now our struggle is for genuine equality, which means economic equality. For we know now that it isn’t enough to integrate lunch counters. What does it profit a man to be able to eat at an integrated lunch counter if he doesn’t earn enough money to buy a hamburger and a cup of coffee?… Now is the time to make real the promises of democracy.”

Unfortunately, Dr. King’s dream of a more just and egalitarian America “overflowing with the milk of prosperity and honey of opportunity” is yet to be fully realized, and the fight for those still denied equality, dignity and justice goes on.

In a timely State of the Union Address this week, President Obama alluded to the importance of unity and cooperation to affect positive change, slightly reviving his optimistic campaign chant “Yes We Can,” which is shared with the United Farm Workers labor union and many other Latino rights groups (“Sí se Puede”). In his speech, he reminds us that the preamble to the Constitution for the United States of America begins and ends with three simple but powerful words: WE THE PEOPLE. These words are reflective of the inclusion and unification of all people—regardless of their race, gender, or immigration or economic status—in the United States.

“America has been through big changes before — wars and depression, the influx of immigrants, workers fighting for a fair deal, and movements to expand civil rights. Each time, there have been those who told us to fear the future; who claimed we could slam the brakes on change, promising to restore past glory if we just got some group or idea that was threatening America under control. And each time, we overcame those fears. Such progress is not inevitable. It is the result of choices we make together.”

The greater American future that President Obama and civil rights leaders like Martin Luther King Jr., Cesar Chavez, and Pearl S. Buck envisioned and impressed upon society can only be realized if WE THE PEOPLE work together to ensure that everyone, including immigrants and refugees, is treated equally, fairly, and humanely.

AFOP observes this 33rd Martin Luther King, Jr. Holiday with a rededication to our continuing fight for equality and justice for struggling migrant and seasonal farmworkers and their families. In our advocacy over the past five decades, we have strived to ensure that all farmworkers, many of whom have emigrated from low-income countries like Haiti, Myanmar, Honduras or Guatemala, have equal opportunity and access to the American dream – justice, education, government resources, health services, and economic opportunities.

“AFOP applauds the president’s continuing focus on job-training, anti-poverty, and education advances,” says Daniel Sheehan, executive director of AFOP. “His call for equal access to economic opportunity for all Americans, and those seeking to become Americans, should be the rallying call of the Nation.”

The Association of Farmworker Opportunity Programs is a non-profit, national federation of 53 non-profit and public agencies that provide training and employment services to migrant and seasonal farm workers. Our mission is to improve the quality of life for all farmworkers and their families through advocacy, education, and training.