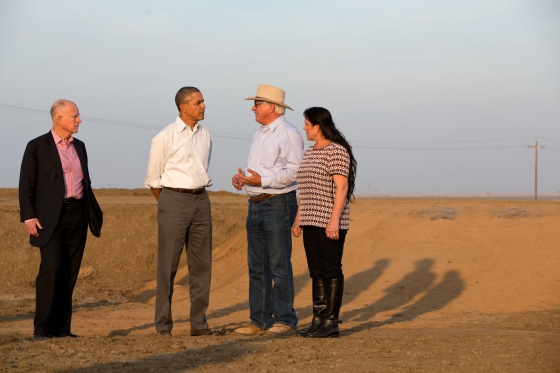 The Administration announced June 12 new actions and investments of more than $110 million to support workers, farmers and rural communities suffering from drought and to combat wildfires. The new funding announced builds on the more than $190 million that agencies across the federal government have invested to support drought-stricken communities so far this year. View White House Fact Sheet

According to federal officials, 35 percent of the West is facing severe to exceptional drought. In California, the mountain snowpack that supplies most of the water during the summer months is only a trace above zero. All over the West, continued drought is leading to job losses, particularly in the agricultural sector. In California alone, a recent University of California Davis study estimates 18,000 lost jobs because of drought. Officials say that these losses leave working families struggling to make ends meet.

To help assist them in this time of need, DOL announced that it will award as much as $18 million to the State of California to provide jobs for workers dislocated by the drought. Starting in July, this National Dislocated Worker Grant will employ up to 1,000 workers for up to 6 months with public and nonprofit agencies working to build drought resilience, reduce wildfire risk, and improve water efficiency. The grant, made possible by the Workforce Innovation and Opportunity Act, will focus on the areas facing the most severe impacts in California. Other states that have received a drought emergency declaration and can document drought-impacted job losses will have the option to apply for similar Dislocated Worker Grants. The program in California will also support youth in drought-impacted households as well as the long-term unemployed.