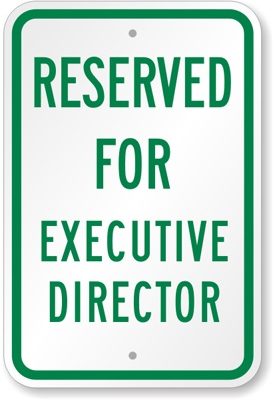 The House and Senate Appropriations Committees have each approved fiscal year 2019 Labor-Health and Human Services-Education appropriations bills that level fund the National Farmworker Jobs Program at the new, increased level of $88 million.  This alignment augurs well for level funding for the program year beginning July 1, 2019 and running through June 30, 2020.  The full Senate may soon consider its version of the Labor-HHS bill paired with the Defense spending measure.  It is not clear at all, however, how lawmakers will complete fiscal year 2019 spending measures, in these small groupings often called “minibuses,” or as one year-end catch-all omnibus package.   A September continuing resolution (“CR”) is also a possibility.  You will recall that Congress and the president approved our current program year 2018 funding at $88 million in March of this year.  That funding runs through June 30, 2019.

The president announced on July 19th a new push to expand workforce training to Americans without college degrees.  According to news reports, the executive order will form a National Council for the American Worker, which will be made up of senior administration officials “who will develop a national strategy for training and retraining workers for high-demand industries.”  The order will also establish “an advisory board comprising leaders from the private sector, educational institutions, philanthropic organizations and state governments” to work with the administration “to implement results-driven job-training programs in classrooms and workplaces across the country.”

The National Skills Coalition was quick with a response saying it applauds some of the initiatives, but that the federal government will need to make the necessary investments to put a dent in our nation’s skills gap:

Unfortunately, we have not seen a commitment from the Trump administration to ramp up investments in America’s workers. Innovative workforce efforts that have strong, bipartisan support in congress are underfunded after a decade of cuts, and the president’s own budget proposed even deeper cuts to career and technical education, adult basic education, and to WIOA – the landmark bipartisan legislation designed to strengthen our workforce system.  The $150 million in funding for expanding apprenticeships that the administration announced is a great first step but it can’t stop there.

The White House hinted at some of its priorities for workforce development in a Council of Economic Advisers report released Tuesday, July 17th.  The report criticizes restrictions on the use of federal funds — including Pell grants — that it said could be expanded to meet labor market challenges. It also raises concerns about “an information gap between employers, workers, and educational institutions” when it comes to the skills that employers value.  See White House release here.

Bruce Goldstein to “Step Back” from Farmworker Justice Presidency

Farmworker Justice President and CEO Bruce Goldstein announced last week that he will “step back” from group’s leadership role, but that he will “remain with the organization to help it continue its vital mission.”  Qualified individuals wishing to seek to fill this position can find more information here.